The main aim of this MoU is to develop, support, and strengthen the two countries’ cooperation on environmental protection and improvements. 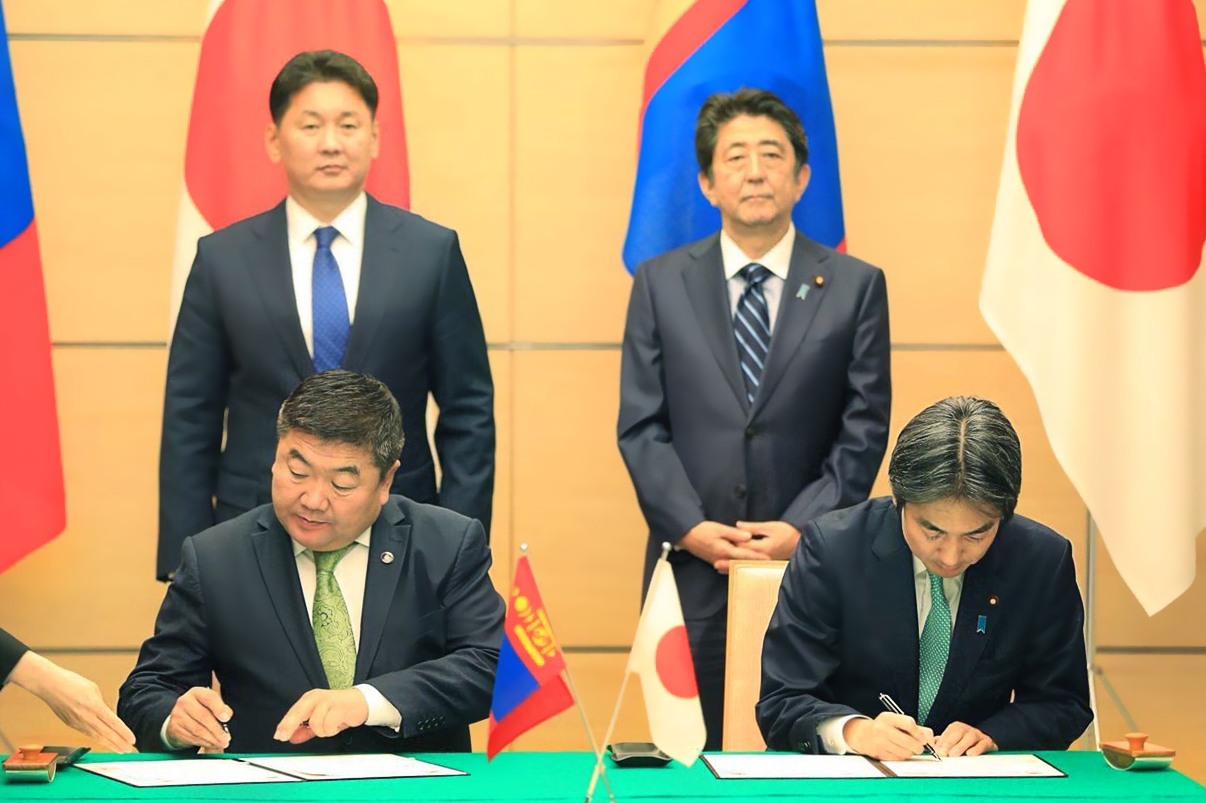 Prime Minister of Mongolia H.E. Mr. Ukhnaa Khurelsukh had an official working visit to Japan, which took place between December 12 – 15, 2018 and Deputy Minister of Environment and Tourism, Mr. Batbayar. Ts is included in the delegation team.

The main aim of this MoU is to develop, support, and strengthen the two countrie’s cooperation on environmental protection and improvements.

Within the frame of the MoU, several key areas of environmental protection and air pollution control activities will be implemented such as decelerating of and adapting to climate change, management of special protected areas, tourism and environment, yellow dust and sandstorm.

During this working visit, a Japan-Mongolia Summit Meeting held between the Deputy Minister Mr. Batbayar. Ts and the State Minister Mr. Minoru Kiuchi. Deputy Minister Mr. Batbayar Ts, expressed that he is pleased for the two parties’ cooperation and exchanged opinions on the consultative meeting for the environmental sector of the two countries to be held in Ulaanbaatar this month. The Consultative meetings have been consistently organized in the past 12 years between the two countries on environmental cooperation and its related fundamental issues.